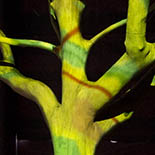 During this past semester I have been working closely with a graduate student of mine, Jiachi Liu, who wanted to do an independent study with me to learn some advanced After Effects techniques. As it so happened I had the perfect real-world project for him to work on and he jumped at the chance. So since September we have been working on the Arcanum Research video for the video wall at the Indianapolis Airport.

Today we spent the entire afternoon exporting it. That sounds easy but it has to hit a certain file size and the 60 seconds has to be chopped up into six 10-second bites. All the details of course come to the surface when it is time to export the final version. Below are some screen grabs and I’ll be sure to go to the airport and shoot the thing playing. 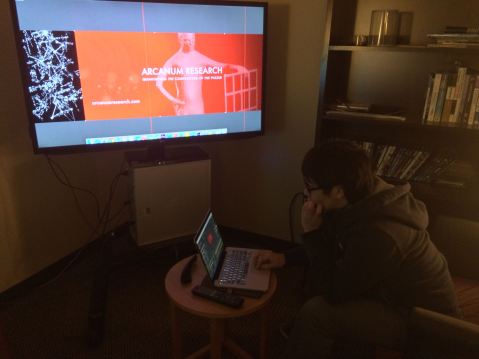 Actually, I just uploaded a copy to vimeo. It has no sound because it is for a video wall.

This entry was posted on December 27, 2014 by arcanumresearch in Arcanum Research, Art, Film.